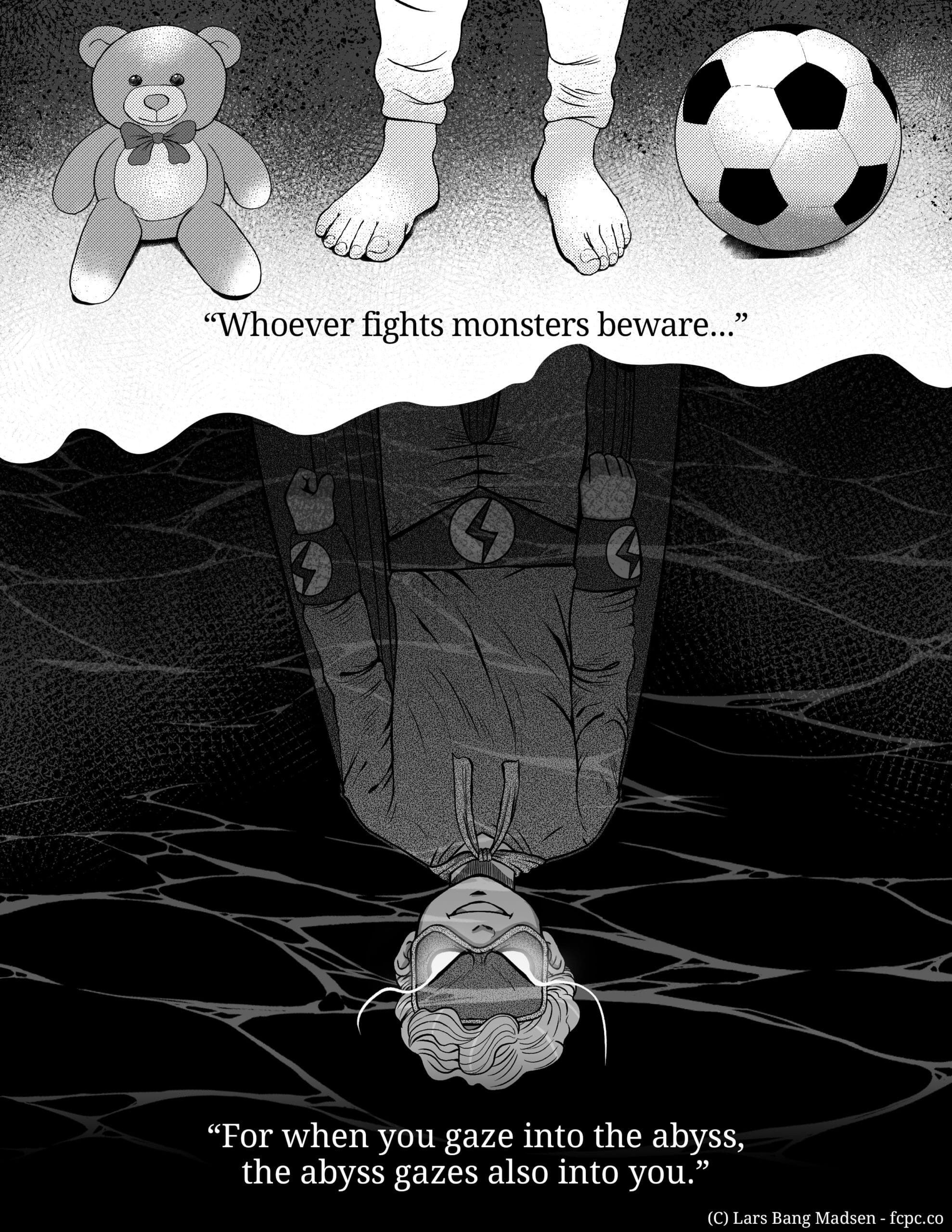 Whoever fights monsters beware….For when you gaze into the abyss, the abyss gazes also into you.

”“Whoever fights monsters should see to it that in the process he does not become a monster. And if you gaze long enough into an abyss, the abyss will gaze back into you.”

Working with the antisocial personalities in forensic/mandated contexts is challenging in unique and specific ways. For instance, it has been long recognised that psychopathic individuals expend appreciable time and energy in exploiting others. Given their characteristic deficits in empathy and remorse, they lack inhibitions against using other people for material gain, drugs, sex, or power. Accordingly, psychopathic individuals are typically adept con artists, often with long histories of frauds and scams (i.e. Babiak & Hare, 2006; Babiak, Neumann, & Hare, 2010). Their superficially engaging personalities and skilled use of deception through verbal and nonverbal communication likely contribute to their proficiency as “intraspecies predators” (Hare, 1993): The high level of psychological dangerousness they pose to others is masked by disarming but ill-intended social artistry. Thus, many nonviolent but pernicious actions of psychopathic individuals involve forethought and are instrumentally and skillfully orchestrated. In fact, most antisocial behaviour by “white-collar psychopaths” may be characterized in this way (e.g., Babiak, 2000).

The forensic schema modes and schema model is helpful for making sense of these interactions, behaviours, and reactions.