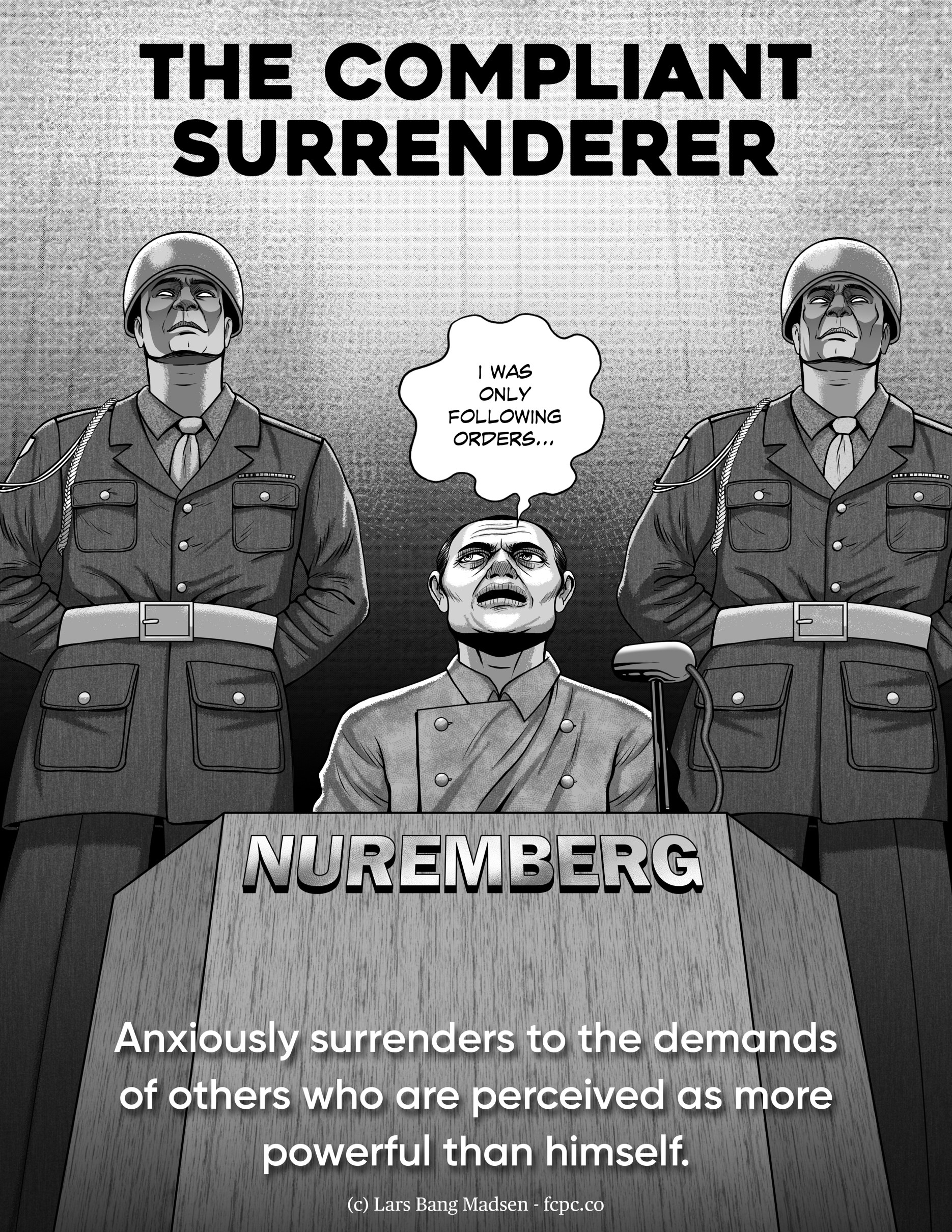 “The Compliant Surrender – version 1 – .’..three standard deviations from the norm…’

By Lars MadsenApril 1, 2022No Comments

The inspiration for this image emerged in the context of assessing several perpetrators of a gang assault in an institution. The assault was remarkable because of the degree of violence that was perpetrated on the victim. As these things go, institutions typically initially attempt to figure out what this is about – a drug deal gone wrong? adverse history in custody? or outside? –  and then do a risk assessment – which is a specific, though complicated, process for evaluating an offender’s risk of violence in these contexts.   This information is then used to figure out what to do next – how to manage the perpetrators and what to do with the victim going forward.

I conducted assessments on two of the three perpetrators – who as it goes were relatively unremarkable. There was some general criminal history, violence both inside and outside of custody but the level of violence in this incident in comparison to their history was aberrant and excessive. In my subsequent interviews with both, they were calm and generally apathetic towards the victim, and claimed they barely knew him, and had no specific gripe or conflict with him either. But as it goes, they were affiliated with a prison-based gang with a dominant and aggressive ‘prison heavy’. It was him that had been offended by the victim, and him that had ‘ordered’ the assault. They were in as much ‘just following orders’, and the apparent ferocity of their violence appeared in large part motivated by a desire to show loyalty and commitment to the leader and gang.

In a subsequent supervision session with David Bernstein, when discussing the likely modes and mode flips, he wisely reflected that ‘life looks very different three standard deviations from the norm’ and indeed it does. In the forensic world ‘three standard deviations from norm’ is sometimes the norm, and the expression of the modes here can be extreme, even for the compliant surrender.